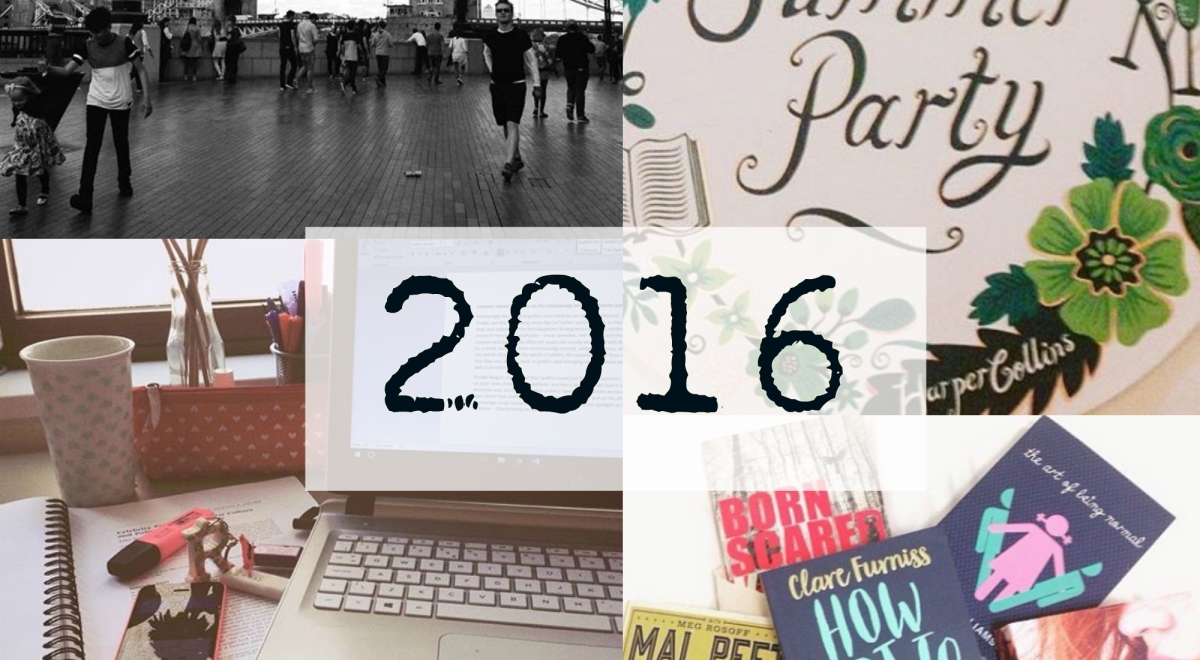 2016 is almost universally acknowledged as a bad year. Many people were lost, violence seemed to front every news story, and newspaper headline and the identity of some nations were changed, possibly forever. However, there were also good things that happened in 2016: A ban was placed on plastic micro-beads, the giant panda is no longer an endangered species, and dumping buckets of ice water onto the heads of celebrities, friends and family members helped to fund a huge breakthrough in ALS research. And there were also so many other amazing discoveries and changes that occurred during the year. As well as global positives there are also personal positives that I don’t want to forget as we move further into 2017.So, if you’ll forgive me for a somewhat self-indulgent post, I would like to document these here. I want to keep them somewhere where I can be reminded, inspired and reassured by the things I achieved. Maybe these are similar to things you achieved in 2016, perhaps they inspire you to try something similar in 2017, maybe you achieved other things in 2016. Let me know down in the comments, and we’ll remember the positive and happy times had in 2016.

These are just a few of the wonderful things I did during 2016. While it may not seem like much, I am proud of myself for all that I achieved, accomplished, worked through and realised last year. I really hope I can remain positive and motivated so that 2017 brings even more accomplishment and growth. Thank you to all those who helped me, put up with me, and who continue to stick by me; including you who read these posts, let me know how your 2016 was, what you hope to achieve in 2017, or just say hello.

One thought on “2016: Some parts were really great.” Leave a comment ›