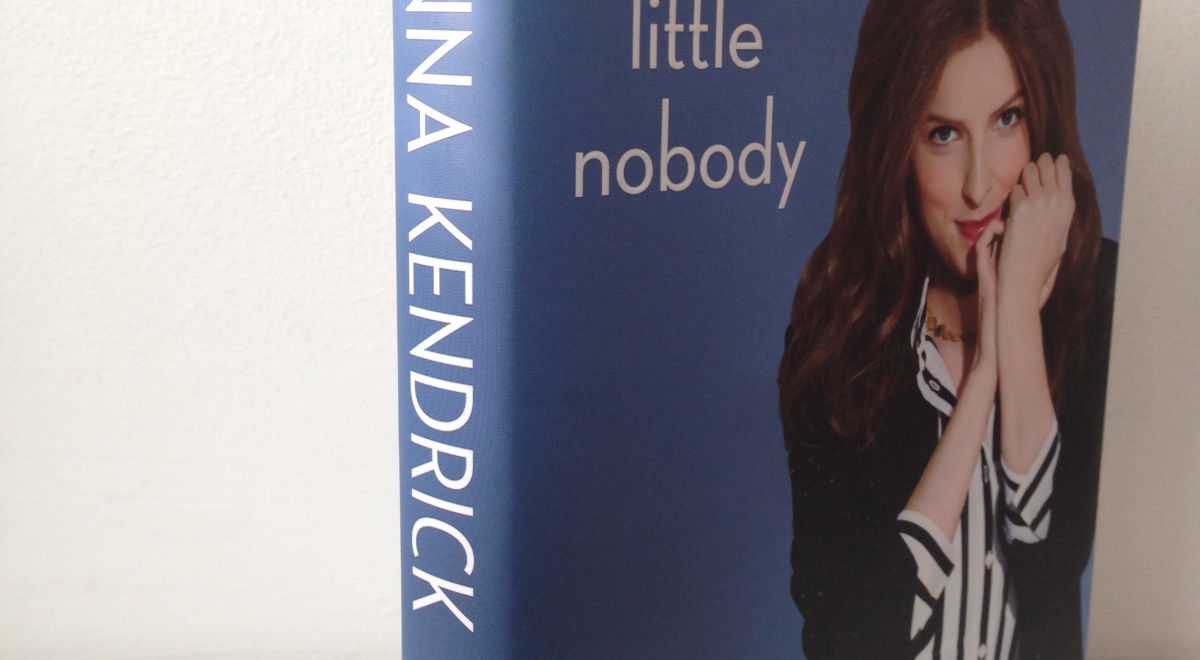 If Anna Kendrick has an identifier, it is that she is as sassy and down to earth as she is talented. The first film I remember identifying her in was Pitch Perfect, released in 2012 and since that all singing, all dancing extravaganza, I, and many others, became a fan; really enjoying her uniqueness. Her humour is natural and a part of her; her personality shines in every role, interview, tweet, and now, it is evident in the written account of her life.

When Scrappy Little Nobody was announced, in typical Kendrick fashion: humble and a little self-deprecating, I was very excited. This series of personal essays chronicles her navigation through a number of different topics including boys, first audition, dating, high school (and the experience it can be), fashion, and funerals.  All these tales perfectly illustrated the ups and downs of life both as a young woman trying to navigate life, and also as an aspiring, and then, successful actress showing, through humorous anecdote,  how each aspect can be either complimenting or complicating to the other. Anna Kendrick may be an Academy Award, Golden Globe and BAFTA nominated actress, but even they cannot defend against the almost universal experience of the feeling out of place. A mixture of the entirely relatable and the utterly not, Anna often seemed surprised by a lot of the opportunities she was offered and the situations she found herself in. Asking a cabin crew member to cut you out of a designer dress, on a private plane with a pair of nail scissors, is definitely a surreal experience, right?

The tone of this autobiography – as fascinating as it was entertaining – was utterly refreshing. While there were moments were Anna appeared perplexed about her fame, and the doors that it opened to her, never once did she downplay anything. She is aware and justifiably proud, of the amount of work she has put in, as well as the natural talent she possesses. Thus negating the issue I have found with the majority of other autobiographies I have read (even if that is a small number): sounding condescending.

The whole collection, from the beautiful end pages to the writing, was colourful and vibrant. It was an invitation, wantonly given,  into the world of a star of both the stage and screen. Utterly personable it felt like a chat with a friend or that magic moment when you begin to get to know someone. In that way, this autobiographical account felt comforting and familiar, friendly and warm.