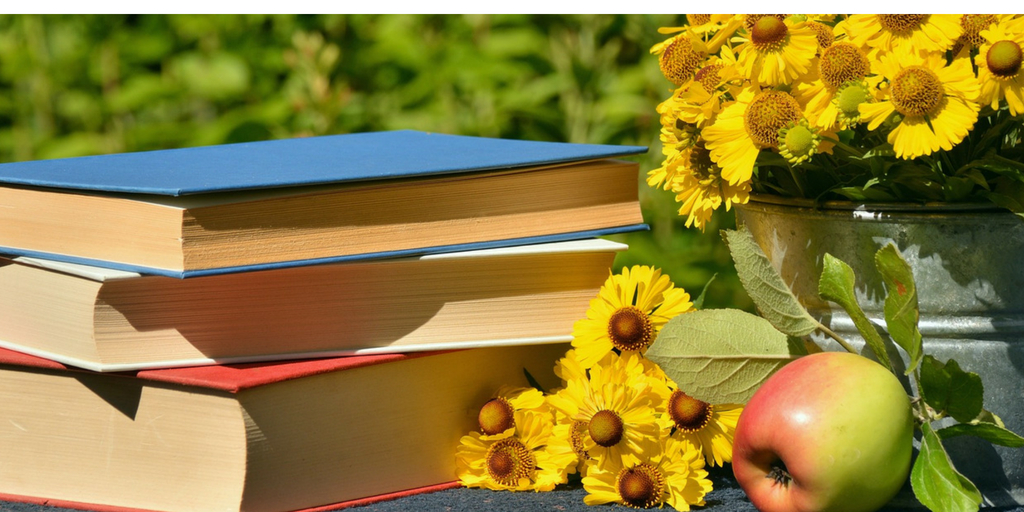 June, the month of not enough sun-cream and too much sitting in the sun with the back of my neck exposed. It’s also been the month of Harry Potter re-reads and a bit of a crisis in confidence, of overthinking and a somewhat (more) inconsistent posting schedule. Before I jump into the books that I read whilst slowly becoming the colour of a lobster, I want to apologise for last weeks post. Maybe apologise is the wrong word but I do want to address it. I never meant for it to sound so pessimistic and annoyed, frustrated. The amount I’ve been reading recently had been playing on my mind. I was planning on writing a post about how much I had been reading,  it’s just that my mood that week spun it in a direction I hadn’t anticipated. I could have waited, not posted it, and revisited what I’d written at a later post but, it was how I felt and, honestly, once I’d gotten over my self-consciousness about how self-indulgent it was, and had hovered over the delete button for a while, I realised that it had been hugely cathartic.

Here’s what I read in June:

Having now, finally, read this book, I feel so incredibly stupid for how long it took me. Cline’s debut novel, this book was everywhere when it was first released. It was a very talked about addition to the shelves and reading lists of seemingly everyone. I, however, decided very quickly that it was not going to be for me. In fact, for a long time, I actively avoided anything that might have persuaded me otherwise – I’m sorry, I was stubborn and stupid! One evening, we were sat at the beach, and the cover crept its way to the forefront of my mind, I wanted something that would replicate the hazy, summery feeling and, for whatever reason, The Girls was going to be the book. Thankfully – and another testament to its popularity – the library where I work had available not one but three copies (3!). While Goodreads actually has some very mixed reviews with a surprisingly large number claiming it to be overwritten, I adored it. It was just what I wanted. It was whimsical, dark, dangerous, but also very real. I was very sad to hand it back to the self-service machines.

I don’t think there’s much to be said about this book that I haven’t already mentioned somewhere on the internet; I love it! It’s so unflinchingly honest, refusing to shy away from the darkest moments that mental illness can put you through. It’s a difficult read, but an accessible one and, ultimately a message of hope. It’s a book that I believe everyone should read, and I know I will undoubtedly be picking it up for the fourth time.

Another re-read and another book about mental health, this time in the form of a memoir. You’d be forgiven, having read the blurb, for thinking that if this book were to make you cry it would be from sadness. You’d definitely not expect to be reading a first-hand account of severe mental illness crying with laughter. However, it’s impossible not to laugh whilst reading about the antics of Rory the taxidermy racoon or the hunt for the felt vagina.

There were definitely times when the humour felt a little much and a lot like Chandler’s use of humour: as a defence mechanism, an armour, and it would have been nice to have seen a little more sincerity. However, 90% of the time this was a no-holds-barred invitation into the chaos of Jenny Lawson’s exhausting mind. I did enjoy reading this more the first time around but I can see myself picking it up again in the future.

Every year I re-read the Harry Potter series, and every year I miss the world almost as soon as I’m done – I finished the last book a week ago and kind of want to go back and read my illustrated copy of Philosopher’s stone. While the first chapter of the second book is one that I sometimes skip (it’s essentially a recap of the first book), without fail, I find something new each time. Even this time which marked the 7th time (at least) that I’ve poured over these books I was still discovering new links, snippets of information and questions.

When Mrs Weasley asks Mad-eye Moody to check that it is a boggart in the writing desk at 13 Grimmauld place, does his magical eye allow him to see the Boggart, the actual Boggart? Is that why they waited for him?

Donated to the library, Chris Paling’s observations from working in libraries in and around Brighton could be seen being read in the staff-room by different members of staff. It seems strange that you’d want to work in a library and then also read about working in a library but, I was intrigued. I read it in a day. It was so familiar and yet fascinating, it was reassuring to hear the same terminology being used, to read about the same frustrations. Of course, there were differences, we don’t see the same population of homeless individuals or addicts, and  – thankfully! – we have less problematic drains but the humour, interest and community of working in a library are just the same.

Turtles all the way down

You know that feeling when a book becomes the only thing you want to read? That’s how I came to re-read John Green’s latest, and perhaps best, book. I love this story so much! It has all the trademarks of a John Green novel without being too John Green (I have no idea if this makes sense but it is the only way I can think to describe it). It’s fun, relatable, silly in parts (and all the better for it), whilst also managing to remain entirely grounded in the harsh realities of life.

This is the first time I have read Holly Bourne’s unflinching portrayal of OCD since using it as part of my dissertation. I loved it the first time I read it and was intrigued to see whether my participants’ comments would change the way I felt about it. They didn’t, and I still remain somewhat in awe of the amount of social commentary that Bourne manages to include in this one book. That being said, I definitely didn’t enjoy it as much as I did the first time around for two reasons. Firstly, the capitalisation of words. The use of capitals for phrases such as ‘STIGMA’, ‘CHANGE THE WAY YOU THINK’, ‘UNDERSTANDING’, I sort of understand, they are important words used in conversations about mental health. However, it also took me out of the story, it felt a bit like revision cards or such like for school – terminology that shouldn’t be forgotten. When this formatting then continued to be used for emphasis and tone on phrases such as ‘TRAITOR’, ‘HONK HONK’, and ‘PARENTS’ that’s when it became really annoying. It also made Evie feel a little unrealistic and unrelatable.

Secondly and I feel somewhat ashamed that I never realised this the first time I read it, the feminist parts of the book are occasionally exclusionary. There’s nothing hugely explicit but there’s almost a whole page, during a discussion about periods, where it is repeatedly mentioned that periods are what makes you a woman. It was really uncomfortable to read and clouded the rest of the book.

Goodreads loves this book, the staff member I spoke to in Waterstones loves this book, I did not. I knew that it was going to be a slightly more Literary, style-driven, read than I was used to, however, it was recommended after I gushed about the writing style in Call me by your name, and I was keen. Furthermore, it’s set in and around Scandinavia, a place I am desperate to visit. I was really looking forward to enjoying a summer afternoon with The summer book but I found myself bored very quickly. Whilst I can see the similarities between Jansson and Aciman’s writing this, I felt, lacked the depth and emotion which connected me to Call me by your name. What’s more, there was a distinct lack of plot or even timeline, and I found the characters either boring or infuriating.

I may have enjoyed this better if I had approached it as a short story collection rather than a novel, but I am not interested in trying again. This is one of those rare occasions where I am buying, reading, and unhauling a book all in less than a month.

How hard can love be? (The Spinster club #2)

Following that deeply frustrating foray into Literary fiction, I ended the month where I feel most comfortable: with a YA contemporary novel. The second in the spinster club series, How hard can love be? takes Amber away from her friends to an American summer camp where she hopes to spend some time with her mother, a recovering alcoholic. Again, Bourne writes a book which, whilst remaining accessible, tackles hard issues and asks some uncomfortable questions.

What did you read in June? Did you read any of these? Let me know in the comments below. 🙂